The Alfa 1900 was born in 1950 and marked a real industrial revolution for the Biscione, determining a clear gap from the more opulent pre-war models, but without giving up the glamor of the wealthiest customers, thanks to the proposals of the great coachbuilders. From that moment on, the Portello manufacturer began to change its face.
The Alfa Romeo 1900 made its debut during the 1950 Turin Motor Show, after which the firsts models were made, still in an almost artisanal way, but the road to mass production was already cleared.
It is the first Alfa car with a body integrated directly into the chassis. The 1900, in its brilliant career, received new small chrome friezes on the bodywork and the engine was improved, peaking with 115 HP of the TI Super model, capable of 180 kph.
But the 1900 Coupè Super Sprint also let itself be seduced by the skilled hands of the most famous coachbuilders of the time.
In this case, the Alfa Romeo 1900 Coupé Super Sprint was assembled by the Touring bodywork and the second series was built according to the "Superleggera" method, which provided for the bodywork, a structure on which very light aluminum panels were fixed.
The 1900 Coupè Super Sprint was advertised by Alfa Romeo with the slogan "The family car that wins races". The evidence are its victories during the "Targa Florio" and the editions of 1953 and 1954 during the "Stella Alpina".
It is said that among all the 300 cars of the Shah of Persia Cars Collection, the Alfa Romeo 1900 Coupè Super Sprint was Reza Palhavi's "favorite" for its class and demeanor.
At its best this car was a much desired flagship, a true style icon and performance, but still today it continues to appeal to many compulsive collectors, both gentlemen, who take it to demanding historical re-enactments, and those who prefer look after it jealously in your garage.
The 1900 Coupe Super Sprint is today a high-end collection car with higher and higher prices.

Our Alfa Romeo 1900 CSS: The only unique existing in its original Grigio Touring painting.

It joined in two editions of the 1000 Miglia and one edition of the Concorso di Eleganza of Villa d’Este in 2001.
The engine has been completely restored including shaft replacement and has yet to complete the running in. It is an efficient and performing engine, ready for the 1000 Miglia.
Under the dashboard there is a switch to block the power supply and an additional electric pump to be used for cold starts.
The door and seat panels are covered in gray fabric, which combines perfectly with the blue of the inserts.
The original panel of the Veglia instrumentation is intact and in perfect working order.
The original Nardi steering wheel with three metal spokes is of great impact, which fits harmoniously into the dashboard of great impact.
This car has been delivered in Sweden, and was owned by the famous driver Joakim Bonnier.
Car registered in the International Touring Register n. 691.
ASI Gold Plate No. 7670 - Category A3 with maximum score assigned by Massimo Tabucchi, one of Alfa Romeo's greatest historical figures.
Ultimately, it is a car perfectly prepared for the 1000 Miglia and Concours of Elegance and of great historical value.
The 1900 Coupe Super Sprint is today a high-end collection car with rather high prices. 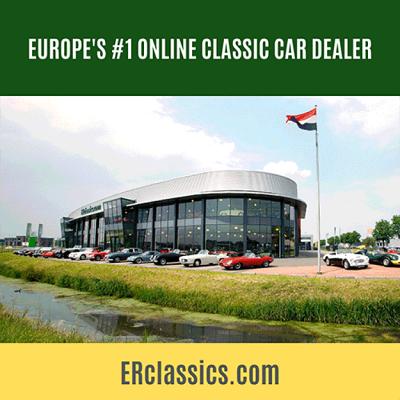